With more than 11 million fans, KVIBES holds the largest KPOP fanbase in Indonesia 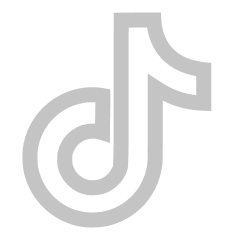 As an Indonesian e-commerce platform that focuses on korean lifestyle and culture, iStyle partnered with our kpop and kdrama community, KVIBES, to funnel traffic to sales on their platform.

FORE is a coffee shop selling a variety of coffee and non-coffee menus popular among teenagers and adults. FORE wants to increase its sales and traffic to its new application within the Kpop community through KVIBES.

Indomie is the number one instant noodle brand produced by Indofood CBP, a subsidiary of Indofood Indonesia. Together with KVIBES

Smartfren is a telecommunication service provider that has new product, GOKILMAX. Creating the campaign to build brand awareness in society featuring KVIBES Community by softselling way. That product has REJEKI WOW as one of the service to costumer in having big kuota to live streaming and getting many kinds of giveaway by REJEKI WOW. The campaign provides by United Entertainment with KVIBES pillar and some accounts of it. We create digital activity of this campaign by creating digital content, event, and daily conversation during 1 year.